Many companies base their decisions on the cost of delay, ROI or value delivered on a fixed date. But you must be careful because the strategy and the numbers are only part of the equation.

I want to share with you a brief story about the Ford Taurus car, which is part of a study from Aaron Shensar from the Stevens Institute in “Strategic Project Leadership – Toward a strategic approach to project management” 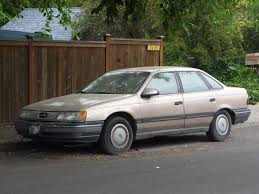 «The first generation of Ford Taurus turned out to be the best-selling car in America in the late 1980s. Conceived in the early 1980’s and introduced in 1985, it used a unique standard for project management and product development. It took full advantage of cross-functional teams and concurrent engineering practices; established close ties with vendors and subcontractors, and was characterized by a strategic spirit of focusing on customer needs and strong synergy with the business. The result was a remarkable business success, and customers simply loved the car. Yet, when the project was completed, the project manager was fired. The reason was that project completion was late by three months.

In contrast, the second generation of Ford Taurus was developed in the early 1990s and completed in 1996. With increased competition and the remarkable success of Japanese imports, Ford had hoped to reestablish Taurus, once again, as the best-selling car in America. But the new project manager learned the lesson of his predecessor: He considered project schedule as the most important criteria, and made sticking to schedule the ultimate goal, while sacrificing other issues. Vendor relationships, team spirit, and product integration were just few of the things that had suffered. The second generation of Taurus turned out to be a disappointing business experience. Although the project was completed on time, it did not recapture the position of the best-selling car in America and Ford was not able to repeat its outstanding success of the first Taurus (Walton, 1997).»

If you want to know more about the way to boost your Scrum and Agility teams within your company, please visit our website.

Thanks for listening,
Erich